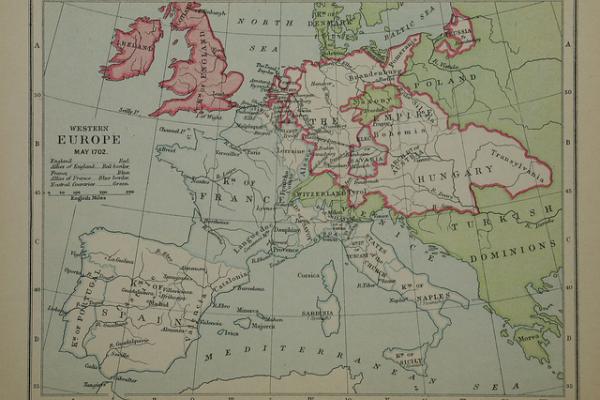 Independence and the Union

As others see us: The striking similarities between Brexit and Scottish independence debates

Published: 21 June 2016
Author:
EU
In our interconnected world, a country’s relationships with other international actors, including the EU, have significant consequences for the country and its citizens, economically, culturally, and in terms of security. If UK citizens want to promote values of equality, human rights, and justice in the world, the UK must have the capabilities and stature to pursue those goals. For these reasons, foreign policy matters in the Brexit debate at a UK level.
For Scotland, if the UK leaves the EU, the chance for another independence referendum increases. The 2014 choice was between staying in a UK that was part of the EU versus going it alone and risking the loss of EU membership. This uncertainly was a key part of the No side’s argument. In a future post-Brexit referendum on Scottish independence, the Yes side would be able to propose EU membership as a key benefit for an independent Scotland. And EU membership for Scotland may be more likely under a Brexit plus independence scenario.
The international relations aspect of the Brexit debate looks somewhat similar to the debate about Scottish independence. Those against Scottish independence argued that Scotland would be too small to have influence and that it would set a dangerous precedent. Those against Brexit are making similar claims about size and precedence.
One key theme for the Remain campaign is that EU membership amplifies the UK’s capabilities and its potential to have influence in the world. This argument is about both size and collective effort. In the EU, the UK benefits from the EU’s combined military and economic strength. With this combined size, the argument goes, comes influence and the ability to talk to other major powers on a more equal basis.
In addition to the issue of size, the Remain campaign argues that coordinated action from inside the EU makes its international influence more effective. If the EU agrees on sanctions, for example, all its member states are on board, providing no loopholes.
"Remainers" also argue that Brexit might start a domino effect of disintegration within the EU or weaken the EU’s growing international role, risking its ability to address issues that affect the UK such as human rights violations, terrorism, and migration crises. A frailer EU might weaken Nato, they say, shifting even more power to China, India, and other emerging powers.
The Leave campaign has not focused much on foreign policy implications of Brexit, beyond the benefits it sees for immigration and trade. Leave supporters have, however, argued that a UK out of the EU would enjoy sovereign independence to pursue its own foreign policy, unconstrained by the EU while continuing to be a member of key international organisations such as the UN and the World Trade Organisation.
The UK would remain in Nato, which the Leave campaign sees as more important and less problematic than the EU as a coordinating body for UK security policies, and would continue to enjoy its "special relationship" with the US.
Being out of the EU, the Leave side argues, would not render the UK isolated and without capabilities for influence. It has many foreign relations assets including its extensive diplomatic corps and intelligence service, the Commonwealth, and healthy bilateral relationships with major and rising powers.
The Leave campaign also believes that UK interests and values will be better served outside the EU because of the difficulties the EU itself has in pursuing coordinated efforts. It is, say the Brexiteers, inadequate in responding to international crises.
In assessing these arguments, it is important to remember that a country’s influence in the world is shaped by many factors. The size of economic and military capabilities is important for a state’s international clout, but capabilities do not rigidly determine influence. In or out of the EU, the UK would be able to influence others and would remain an important European actor.
A state’s international influence is also a product of its identity, domestic politics, and leadership. Compared to other EU member-states, the UK never had a strong European identity, and thus leaving the EU will not create much dissonance. Yet a Brexit will make the development of a more European identity less likely.
The UK’s other identity, as a faithful ally to the United States, is not as strong as in the past, given the US’s attention toward Asia and concerns among the UK public over recent US foreign policy. How the UK sees itself vis-a-vis others is likely to be debated over the coming years anyway but Brexit would accelerate this process.
How a Brexit will shape domestic politics, including public opinion and party politics, is another important factor that would affect future UK foreign policy. EU membership has long been an issue that has divided the Conservative party, but it is unclear if consensus would emerge after Brexit or if another foreign policy issue would replace it.
As David Cameron has argued, sovereignty does not necessarily mean power and influence. But neither does capability on its own. UK foreign policy faces critical challenges in the coming years and international clout is by no means guaranteed. In or out of the EU, the UK will need to work with others to meet these challenges. The choice for UK voters in the Brexit referendum is about the context in which they want the country to try to exercise influence, not about whether more influence will be had in or out of the EU.
Juliet Kaarbo is Professor of Foreign Policy at the University of Edinburgh. A longer version of this article appears in the free e-book Britain’s Decision: Facts and Impartial Analysis for the EU referendum.
See all news and opinion
Share
Latest opinion
Independence and the Union
Devolution

END_OF_DOCUMENT_TOKEN_TO_BE_REPLACED
Independence and the Union
Devolution

Supreme Court doubles down on the UK referendum position

END_OF_DOCUMENT_TOKEN_TO_BE_REPLACED
Independence and the Union

Scottish Independence And The UK Government’s Unreasonable Refusal To Negotiate

END_OF_DOCUMENT_TOKEN_TO_BE_REPLACED
Independence and the Union
Devolution

END_OF_DOCUMENT_TOKEN_TO_BE_REPLACED
Independence and the Union

The Dominion of Scotland: Does Britain’s imperial history provide a way forward for modern Scotland?