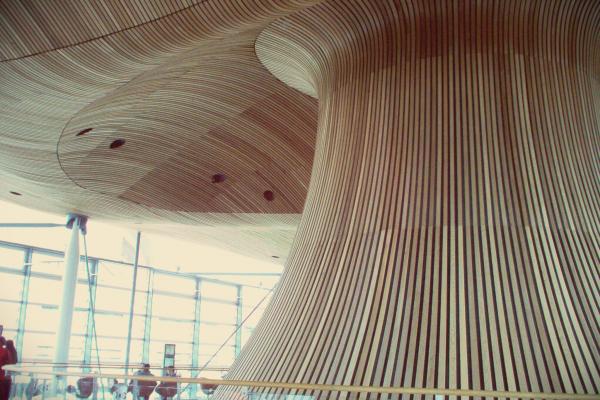 Brexit, Wales and the Internal Market Bill: a failure of soft law?

A long read from Greg Davies, Cardiff University, discussing intergovernmental relations during the Brexit process and how the UK Internal Market Bill represents a failure of soft law.

The UK Internal Market Bill has been met with justified criticism. Dressed as a means to ensure frictionless internal trade after the transition period, the UK Government proposes a new constitutional settlement by stealth. The provisions undermine devolved autonomy, renege on the Withdrawal Agreement, and in parts show an attempt by UK ministers to shield themselves from any kind of legal challenge. An exercise in political exceptionalism, it may fail even on its own terms.

The conditions which have enabled the bill to see the light of day are numerous: not least, the long-standing deficiencies in UK intergovernmental machinery and the centralising ‘hyper-unionism’ of the current Conservative Party. In this post, however, I want to argue that the bill also represents a failure of constitutional ‘soft law’. Soft law, here taking the form of intergovernmental political agreements and memoranda of understanding – what Richard Rawlings has called the ‘concordats of the constitution’ – has largely formed the basis of territorial relationships since 1999. Since the referendum in 2016, it has frequently provided the Welsh and UK governments the means of unlocking negotiations on the legislative implications of EU withdrawal. Brexit, however, has revealed both the power and the perils of soft law within the territorial constitution.

Soft law is not ‘law’ in the conventional sense of legally enforceable rules. Instead, as Aileen McHarg explains, it involves an attempt to establish politically and morally binding norms upon those to whom it applies while limiting recourse to the courts. In intergovernmental terms, soft law approaches can thus facilitate mutual commitments and concessions while allowing flexibility and responsiveness to changing circumstances. In place of legal enforcement, their efficacy rests on mutual trust, goodwill and proactive cooperation. For the same reasons, however, soft law can be exploited to sidestep more fundamental reform, offering superficial change while maintaining the political status quo and its underlying power relations.

A recurring challenge during the Brexit process has concerned how the autonomy of devolved institutions should be protected against encroachment from the UK level. The Welsh Government here has sought to play what Jo Hunt and Rachel Minto call the ‘good unionist’. It has adopted a ‘cooperative approach’, ‘presenting itself as a ‘like-minded’ interlocutor for the UK Government’, and generally preferring evidence-based contributions to political contestation.

This desire to play the good unionist has often shaped the demands which it has been willing to place on the UK Government in respect of the latter’s post-Brexit powers in devolved policy areas. Thus it has generally sought by way of concessions a mixture of procedural safeguards to reinforce the ailing Sewel Convention and soft law commitments aimed at promoting intergovernmental collaboration over post-Brexit governance.

Early on, the governments became locked in a dispute over the UK Government’s European Union (Withdrawal) Bill.  To the dismay of Cardiff Bay and Holyrood, the UK Government had proposed to centralise all powers returning from the EU in Westminster, releasing them to devolved authorities only once common frameworks, to replace EU rules, were agreed.

Soft law proved critical to breaking this impasse. In October 2017, the governments agreed on a set of principles to guide the development of common frameworks. The frameworks would be developed ‘to enable the functioning of the UK internal market’; they would respect the democratic foundations of devolution and adhere to established conventions and practices. The flexibility provided to devolved institutions by EU rules would be maintained, and there would be a ‘significant increase’ in devolved powers.

Following an effective joint strategy between the devolved governments and extensive negotiations, in April 2018 the Welsh and UK governments then struck an Intergovernmental Agreement. The Withdrawal Bill was amended so that powers intersecting with devolved competences would return to the devolved institutions. The UK Government would have the ability to ‘freeze’ those competences, subject to UK parliamentary approval and only after seeking the consent of devolved ministers and providing their reasons to the UK Parliament if consent was refused. The document reaffirmed the 2017 principles and declared a commitment ‘to seek to proceed by agreement’. An accompanying Memorandum of Understanding set out further details of the process for developing common frameworks.

The Welsh Government, which had long advocated shared UK governance, hailed this as ‘a first significant step towards an equitable approach to inter-governmental working’. In its eagerness to declare a victory, however, it lapsed into exaggeration about what had been achieved. The Agreement, it said, ‘soundly defends’ and ‘entrenches’ devolution. It ‘rules out’ the possibility of the UK Government enacting frameworks unilaterally, without the Senedd’s consent.

In reality, UK ministers were still free to suspend devolved competences without the consent of their devolved counterparts, while the commitments on common frameworks were expressed through soft law, with little scope for legal enforcement.

Nevertheless, for the duration of Theresa May’s premiership at least, soft law was vindicated: progress was made on the development of frameworks and the powers to freeze devolved competences were never used. The 2018 Agreement, according to the Counsel General, Jeremy Miles, even provided the template for the Welsh Government’s approach to subsequent UK Brexit bills. Thus when the question of protecting devolved competences arose again, soft law was seen as the solution.

With the appointment of Boris Johnson as Prime Minister in July 2019, the sand castle began to crumble. Within a few months, the Welsh Government was arguing before the UK Supreme Court in the Miller/Cherry case that the 2018 Agreement was being breached: regulations were being enacted by UK ministers in devolved areas without the consent of Welsh ministers.

Despite this, the Welsh Government has continued to accept the empowerment of UK ministers under key Brexit legislation to regulate within devolved policy spaces. Some of these powers (contained, for example, in the Trade and Agriculture Bills) will not be subject to legal requirements to seek the consent of devolved representatives before they are used. In some instances, there are no written agreements either, but merely verbal assurances from UK ministers that they will play nicely. This ‘overdependency’ on non-legislative commitments has drawn withering criticism from the Senedd’s Legislation, Justice and Constitution Committee:

[W]e do not believe that non-binding intergovernmental agreements are an effective way to safeguard Welsh interests... [I]f the Welsh Government has such concerns about the quality of engagement with the UK Government, ... it is hard to understand why it is willing to continue to enter into non-binding intergovernmental agreements with the same government. ... Welsh Ministers’ continued acceptance of such agreements might have the effect of normalising their use, reducing the likelihood of legislative safeguards being agreed and, consequently, weakening the devolution settlement.

These criticisms underline the fundamental limitations of soft law techniques as sources of protection for devolved competences, as well as their deeper cultural effects in perpetuating old ways of thinking.

In the Welsh Government’s own words, however, the Internal Market Bill is a ‘new low’. Here Welsh ministers acknowledge that there is little scope for soft law solutions. At the bill’s core are the ‘Market Access’ principles which provide that goods and services produced in one part of the UK can be sold in another part without additional restrictions. In practice, this will curtail the ability of devolved governments to regulate products and services within their respective territories originating from elsewhere in the UK. As Nicola McEwen points out, the principles do not permit the devolved institutions the same flexibility afforded by EU rules to diverge in their policy choices.

The relationship between these new principles and the common frameworks is not set out. However, as Jo Hunt and Daniel Wincott observe, the unfinished work on frameworks is given as a reason for the bill itself. Thus even while the EU Withdrawal Act 2018 provides a mechanism for the UK Government to prevent policy divergence, it seems that the ‘deregulatory Internal Market Bill approach has become its preferred option’. Analysis by the Wales Governance Centre and Centre on Constitutional Change also notes that the application of the Market Access principles to common frameworks would contradict the soft law principles which have underpinned the latter.

Indeed, the commitments to develop an internal market through collaboration on common frameworks, maintain the existing scope for policy divergence, and to respect and empower the devolution settlements have been gravely undermined if not yet binned altogether. More broadly, as an exercise in unilateral constitutional reform, the bill subverts the entire edifice of the consensual approach reflected in the 2017 principles and the 2018 Agreement.

In a constitutional setup marked by the legislative omnipotence of the centre and an absence of joint decision-making mechanisms, devolved governments usually face an unpalatable choice when negotiating with the UK Government: limited and often unsatisfactory concessions to their demands and interests, or none at all. This arrangement inevitably entails difficult choices, particularly under the pressure of Brexit deadlines. A firmer legislative basis for the joint development of common frameworks was perhaps never a possibility. Looking to the future, however, what has so far been presented as pragmatism should give way to principle.

While the fate of the common frameworks programme remains to be seen, the Internal Market Bill has already demonstrated the profound limitations of soft law as a tool for constraining the centre. Vaunted for its lightness of touch, flexibility, and constructive ambiguity, we see how soft law allows a vastly more powerful administration to shrug off hard-won commitments obtained from its predecessor with barely an acknowledgement. It applies a superficial fix to systemic tensions which then unravels with the changing currents of the ruling party in Westminster.

The Welsh Government must show greater willingness to demand that UK ministers back up their commitments on devolution with legal obligations. If they remain unwilling to accept the sort of constraints on their own behaviour which they repeatedly insist must be placed on devolved institutions, it merely underlines the fundamental imbalances and existential threats which define the Union as presently constituted. Better to acknowledge those openly than use more soft law to sweep them under the carpet.

With thanks to a colleague at the Wales Governance Centre, Cardiff University, for very helpful comments on an earlier draft.

Bosnia-Herzegovina and Ukraine: On the edge of NATO and the EU, too close to prying neighbours

END_OF_DOCUMENT_TOKEN_TO_BE_REPLACED
Brexit
Independence and the Union

Managing a harder border: The bare essentials for an independent Scotland

Did COVID-19 change campaigning in the Scottish and Welsh Parliament Elections of 2021? Evidence from campaign spending returns