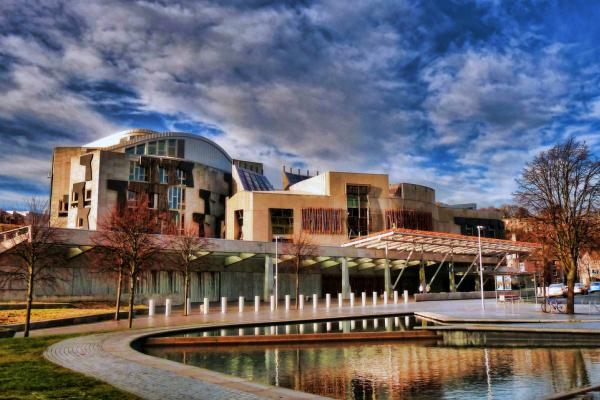 Published: 25 September 2013
Author: Charlie Jeffery
Constitution
Voting
Two linked themes have cropped up recently around the debate on Scottish independence. The first is a sense that Scots do not yet have the information they need to understand the issues at stake in next year’s referendum. The second is what role academic experts might play in illuminating those issues.
There is, of course, plenty of information out there. The Scottish Government has set high-powered expert groups to work which have published weighty tomes on the economic context in which an independent Scotland would operate and on the transition to an independent Scottish welfare system. The UK government is publishing a series of Scotland Analysis papers making its case for maintaining the Union. Less than half the planned series is out, but the page count is already close to 600.
Outside government, other players in the debate – political parties, think-tanks and the Yes Scotland and Better Together campaigns – are making their contributions. So the problem is less one of lack of information, and more of how to interpret it and to get it across in ways that make sense to ordinary citizens thinking about how to vote on September 18 next year. That brings us to the second theme – what our universities and their experts might have to contribute in filtering all this information.
That question now has a new backdrop with the launch of the Future of the UK and Scotland programme of activities funded by the Economic and Social Research Council (ESRC) and coordinated from the Academy of Government at the University of Edinburgh (here.) The programme brings together expertise from Scotland and beyond both in a range of smaller projects and a new Scottish Centre for Constitutional Change, led by Michael Keating of the University of Aberdeen and Nicola McEwen of the University of Edinburgh and also involving researchers from Stirling, Strathclyde and the National Institute for Economic and Social Research in London.
The research programme is wide-ranging, exploring both possible outcomes of the referendum for their impacts on constitutional relationships across the UK and in the EU, currency, monetary and fiscal policy options, defence and security issues, higher education, welfare policy, the challenges of an ageing population, social care and preventative spending. There will also be a strong focus on public attitudes.
So what added value can the Future of the UK and Scotland programme bring? One thing it cannot do is provide ‘certainty’. We cannot know precisely what a Yes vote would mean next year – in part because there are so few relevant precedents; in part because the UK government has said it will not pre-negotiate how a post-independence partnership with the rest of the UK would work if Scotland does say Yes.
We also cannot know what a No vote would mean. All the main pro-Union parties have either published (the Lib Dems) or are considering (Labour and the Conservatives) plans for further devolution reforms designed to attract the voters who may not want independence but want the Scottish Parliament to have more powers than now. So No does not necessarily mean we stick with the status quo.
What the Future of the UK and Scotland programme can do is develop a clearer understanding of the scenarios that might face us. How would a welfare system, a currency or a common energy market work if some aspects were run jointly between two independent states? How can we begin to model Scotland as a discrete economic unit? How might businesses in different sectors react if Scotland becomes independent or achieves fuller fiscal autonomy within the UK? What implications in the other parts of the UK and for UK central government would further-reaching devolution for Scotland raise?
These and other questions will be explored with stakeholders in our research in business, the voluntary sector, local government and so on. Universities can stand outside the political fray and provide a ‘safe space’ for dialogue that is not bound by the Yes/No choice. They can enable those with an interest to reflect without prejudice on what either outcome might mean.
Working with these stakeholders is one way of achieving a more fundamental aim: to help the general public evaluate the information so they can make as well-informed a judgment. The Future of the UK and Scotland website will act as a hub, bringing together the knowledge and views of academics and stakeholders, and underpinned by social media feeds enabling us to engage in real time with the public.
Much of the information the public receives over the next year will not be from governments or campaigns but heard through intermediaries such as business organisations, trade unions and community bodies.
By working with those organisations the Future of the UK and Scotland programme will be able to engage creatively and directly with the Scottish public using, for example, online communication, providing materials for schools and community-level information events. We are also working to develop and share our research with the Scottish and the UK governments. Each has its preferred outcome next year, and all we can know now is that one of those outcomes will happen. Our concern is that whatever happens, the plans of our governments will have had critical exposure to the insights that the expertise of our universities has to offer.
This article was originally published in the 13 September 2013 edition of The Scotsman.
See all news and opinion
Share
Latest opinion
International

Devolution or delegation? What the revolt of the metro mayors over lockdown tells us about English devolution

Brexit, Wales and the Internal Market Bill: a failure of soft law?

The Scottish Continuity Bill. Will it work?

The European Union and the Northern Ireland Peace Process