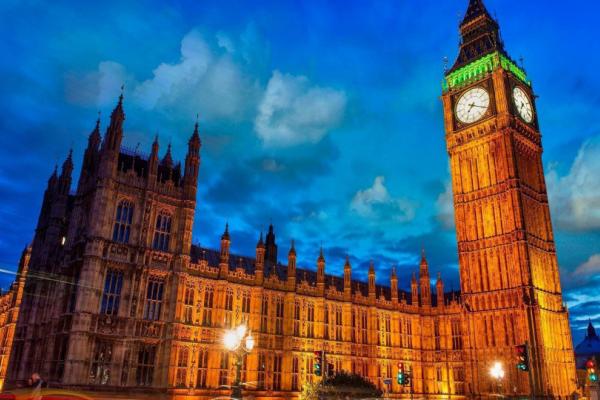 Five Takeaways for Brexit from the General Election

he outcome of a hung parliament from the UK’s 2017 general election could have a significant impact on the shape of Brexit, writes Anthony Salamone. He sets out the main implications of the election result for Brexit, underlining the fast-changing nature of circumstances and the uncertainty of what will happen next. This blog was originally posted on European Futures.

British politics has continued its recent sensational quality with an extraordinary general election result. In defiance of most expectations, the Conservatives have lost their already small majority and, for now, look set to continue as a government reliant on the support of the Democratic Unionist Party. While the current political tumult is consuming attention in the UK, the crucial Brexit negotiations remain scheduled to begin on 19 June.

The new political reality could have a major impact on the shape of Brexit. In the immediate aftermath of the vote, several key takeaways stand out.

The new Conservative(-DUP) government is substantially weakened. Beyond the simple loss of seats, the political mood may have shifted as well. The notion that the prime minister can decide the shape of Brexit more or less unilaterally, with occasional rubber-stamping from parliament, seems untenable. Regardless of Commons numbers, the suggestion has certainly been made that cross-party dialogue and cooperation on the most important issue of the generation is an approach worth taking.

In consequence, it might be the case that the UK’s Brexit negotiating positions will change from what Theresa May originally intended. The UK’s relationship with the single market and customs union are for some people back on the table. As of this hour (such is the pace of change), it is far from clear that these major decisions are in fact liable to revision. However, given the unpredictability of UK politics at present, it is impossible to say with certainty what will happen next.

2. The UK parliament could have a stronger role

The new parliamentary arithmetic may well translate into a greater role for parliament on Brexit – not simply in terms of the opening negotiating positions, but across the whole lifetime of the process. Parliamentary committees might feel emboldened to demand greater detail from the government on the negotiations and the concomitant changes to the UK legal order. Appetite to extend powers to the government to amend EU-related primary legislation on its own might become more limited.

Considering the EU’s stated aim of transparency and the fact that, for instance, the European Parliament will be briefed on the negotiations, it is questionable whether the government can carry on with its previously stated desire to keep the negotiations as secret as possible. As key Brexit issues come up for votes in the Commons, it would take only a handful of Conservative rebels, or a minor breakdown in May’s apparent alliance with the DUP, to bring about government defeats. It is even possible that parliament might end up securing a more substantive say on the final Brexit deal.

3. Political instability could lead to another election

The political realities outlined above notwithstanding, the current settlement in parliament might not last long. The UK political system is not used to minority government and most of the Westminster political elite instinctively does not like it. Another election well before the theoretical end of this parliament in May 2022 is probable. As a result, the EU27 could be faced with even more uncertainty from their UK negotiating counterparts in the months ahead.

Currently, an early general election can only be called under the Fixed-Term Parliaments Act through a no-confidence motion or a two-thirds majority in favour. The Conservatives pledged in their manifesto to repeal the act – however, given their minority status, it is unclear which of their commitments they will actually be able to put into practice. The act could also be amended, or opposition parties might support an early election alongside the government (as was the case for this election).

With Theresa May already having launched the Article 50 exit process this March, the clock continues to run down – the deadline remains 29 March 2019. Political uncertainty in the UK, from parliamentary disagreements on the UK’s position through to another possible election, will consume even more precious time. In the negotiations, this dynamic will favour the EU and put pressure on the UK to concede more in order to agree a deal.

While the Treaty on European Union allows the time period to be extended by unanimity, it is unlikely that the EU27 would support an extension – particularly simply to accommodate internal political division within the UK. Many on the EU27 side like the idea of the UK leaving the EU before the next European Parliament elections in June 2019 (date subject to change). The EU will also want to complete the Brexit negotiations and then refocus attention on its many other challenges.

5. Public opinion on Brexit is not clear

Theresa May ostensibly called this early general election to obtain a mandate from the electorate for her Brexit strategy. Considering that, far from making gains, she lost her majority, it would seem evident that her plan did not receive popular endorsement. Although the Labour election platform also accepted Brexit, it left room for a more conciliatory approach to the EU27 and less of a clean break from current UK-EU relationship, particularly around the economy and trade.

While it does not seem at present that momentum is building to attempt to reverse Brexit, it is possible that pro-EU parliamentary elements might try once more to make a last stand on the single market. The confused election result demonstrates that public opinion remains divided on Brexit, even though the two principal Westminster parties are committed to implementing it. It also indicates that genuine discussion and compromise across the House of Commons on Brexit might just be what voters want to see.

This article is co-published with the Scottish Centre on European Relations.

What has Covid-19 meant for devolution in Wales?

END_OF_DOCUMENT_TOKEN_TO_BE_REPLACED
Brexit
Independence and the Union

Proposals for a UK internal market law: a sledgehammer to crack a nut?