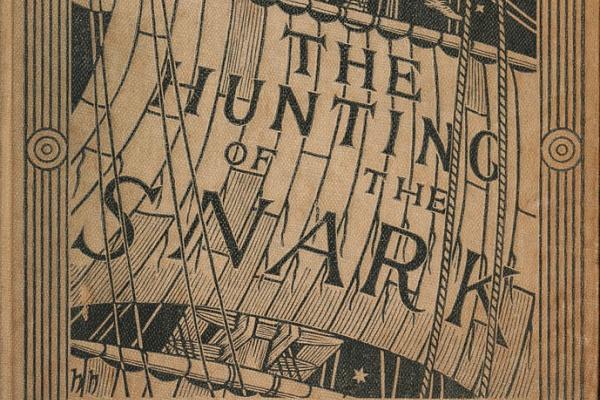 The Brexit Agreement. Hunting the Snark.

What has been presented as an endgame is really just the beginning of the process and what is being described as the 'transition' or 'implementation' period, says Michael Keating, is really the time in which the real negotiation of what Brexit means will take place.

The Brexit process started in March 2017, with the triggering of Article 50, giving two years to complete the process. The main story since then has been of postponing difficult decisions in the hope that something would turn up. Ministers have insisted that they have a mandate from the people but have struggled to agree on what it entails in practice. Negotiations within the UK Government have been as difficult as those with the EU. It might have been expected that, before March, we would have a clear idea of what Brexit would look like. Instead, we have a 20-month ‘transition period’, which the UK Government has been calling an ‘implementation’ period. It is neither a transition nor an implementation phase, but is in fact the time in which the real negotiation of what Brexit means will take place; it can be extended once by agreement of both parties. What has been achieved this week is the minimum required for the formalities of withdrawal: the financial settlement; an agreement on citizens’ rights; and an ambiguous commitment on the Irish border question.

The talk in recent months has suggested that the Irish border is the last remaining obstacle to a deal. This is misleading, as the Irish border stands in for a much larger set of issues on which discussions have barely begun.

At the beginning of the process, the UK Government laid down a series of red lines. These included withdrawal from the Single Market, the Customs Union and the jurisdiction of the Court of Justice of the European Union, and no differentiated Brexit for the different parts of the United Kingdom. These have all been breached.

The Chequers agreement in the summer of 2018, which formed the basis of the UK negotiating position, conceded that the UK would align with EU standards in manufactured and agricultural goods, a central principle of the Single Market.

The new agreement concedes the Customs Union in the form of a ‘single customs territory’. This is purportedly to deal with the Irish border but extending the customs union to the whole UK also serves a wider purpose. British manufacturers have been telling the Government that they need a customs union to secure frictionless trade and their just-in-time production chains. The Irish Government wants to maintain access to markets in Great Britain. The idea is that the customs is a backstop, to be superseded by the overall trade agreement with the EU. Yet, unless that agreement also includes customs union, it is difficult to see how it could serve the purpose. The UK can withdraw from it only with the agreement of the EU.

The UK will therefore remain tied to the EU and have to accept many of its policies. This bears comparison with the Norwegian model, which was explicitly rejected at the outset but with some differences. The UK will be tied to the EU customs union, which Norway is not. It will not enjoy all the Single Market benefits, which Norway has (except in agriculture and fisheries). It will not, like Norway, have a consultative voice in the making of EU policies. The UK will not be bound to accept free movement of workers, but this question might come back in return for access to EU markets, especially in services.

Finally, there is to be a differentiated Brexit for Northern Ireland, which will be more closely tied into the customs union and product regulation. There is to be a special designation of products as UK (NI), and a need to meet both UK and EU regulations.

Brexit was never going to be easy, especially after the UK Government rejected off-the-shelf solutions like the European Economic Area (the Norway model). What it has ended up with – customs union and bits of regulatory alignment – looks rather like the model at which the Labour Party, after its tortuous internal arguments has arrived, not that Labour will agree. Had both parties started off with the Norway model, they might have found common ground and a clearer and more comprehensible arrangement. Instead, they have been hunting a Snark.

What has Covid-19 meant for devolution in Wales?

END_OF_DOCUMENT_TOKEN_TO_BE_REPLACED
Brexit
Independence and the Union

Proposals for a UK internal market law: a sledgehammer to crack a nut?