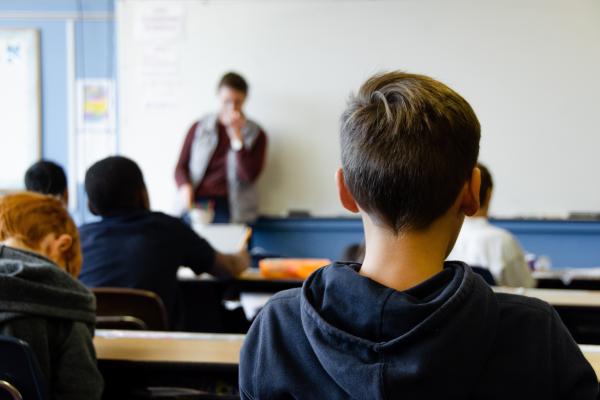 The controversy over language in Catalan schools heats up

In this blog post, Jordi Argelaguet - Senior lecturer in Political Science, Universitat Autònoma de Barcelona - examines the recent controversy over language use in schools in Catalonia.

After a long legal battle, on November 18, 2021 the Spanish Supreme Court dismissed the Catalan government’s last appeal against the Superior Court of Justice of Catalonia’s (TSJC) ruling 5.201. That ruling mandated that a minimum of 25% of subjects must be taught in Spanish in all public schools in Catalonia. A few days later, the TSJC ruled that 25% of teaching hours must be provisionally in Spanish, although this only applies to those classes that include students whose parents had requested that half of their teachings be in Spanish. In yet another ruling, this one on December 23, 2021, the TSJC ordered that 25% of the school's timetable should be taught in Spanish, but in this instance, for all courses at all levels. After a decade of heated debate over independence in Catalonia, the topic over Catalan and Spanish in Catalan schools is gaining traction.

The Supreme Court decision of November 18 has profoundly changed the linguistic model that successive governments of Catalonia (of different political colours) have been applying in accordance with the laws adopted by the Parliament of Catalonia since the 1980s. The Parliament of Catalonia enacted the Law of Linguistic Normalization by a large majority in 1983, after a long and complex process of political debate, with the aim of setting the scope of the official status of Catalan established in the 1979 Statute of Autonomy. The agreement on the use of Catalonia's official languages (Catalan and Spanish) in the school system was based on four main points: both languages would be taught to all students; Catalan would be the main language of instruction; students would not be separated based on the language they speak at home; and by the end of compulsory education, all students would have to know both official languages equally well.

The first and fourth points were uncontroversial. Catalan language was banned from schools for decades - with the exception of a few years during the Second Republic (1931–39). Consequently, no relevant political party in Catalonia opposed the compulsory teaching of Catalan. It was also broadly accepted that at the completion of compulsory education, all students should know both official languages.

The disagreement revolved around the use of Catalan as a medium of teaching. Even though all parties agreed to provide a satisfactory answer to the right to receive education in Catalan, there were serious disagreements about whether or not it should be compulsory for all students. This debate was linked to the third point, which was whether pupils would be taught separately based on the language spoken at home (Catalan or Spanish). This was a rather complex issue because a significant proportion of Catalonia’s population originates in the rest of Spain and beyond.

The political debate was based on the confluence of these two dimensions of the language policy in the school system. Teaching in Catalan was very important to the Catalan nationalist parties (CiU, ‘Convergència i Unió’, an autonomist centre-right party, and ERC, Republican Left of Catalonia) which wanted to extend it to everyone. From this perspective, the dual-track school network where some schools provided education in Catalan and others in Spanish (depending on the wishes of the parents) was not a problem.

On the other hand, for the Catalan Socialists' Party (PSC) it was much more important not to separate pupils due to language, even if this meant that the implementation of teaching in Catalan should be delayed (which involved the continued, if temporary, use of Spanish as the language of instruction). A slow pace in the spread of the use of the Catalan language was not an insurmountable problem. There were also minority political groups that preferred a dual network because it was the main way to guarantee teaching in Spanish.

The position advocated by the communist Unified Socialist Party of Catalonia (PSUC) brought together Catalan nationalists and PSC into a compromise model known as ‘linguistic conjunction’. The model was based on the principle of non-segregation of pupils based on their native language (resulting in a single school network in Catalonia) and on the gradual expansion in the use of Catalan as the main language of instruction, with the ultimate goal of making it the preeminent language in schools. The political purpose of this policy was to simultaneously spread knowledge of the Catalan language among younger generations while avoiding social separation into two different language groups.

The Catalan government (under CiU) implement the Law of Linguistic Normalization vigorously, despite significant challenges such as a lack of competent teaching staff who could teach in Catalan and criticism from minority groups. Over time, this policy of providing all teaching in Catalan through a unified school network was implemented in public education, although it was never fully achieved.

In the mid 1980s some parents opposed the “linguistic conjunction” model, going to the courts to request that their children be taught in Spanish either entirely or, at the very least, in a considerable portion of their education. The In the sentence 337/1994 on several of the articles of the 1983 Law on Linguistic Normalization, the Constitutional Court decided that the model used in Catalonia was constitutional and that Catalan could be the centre of gravity of education in Catalonia as long as Spanish did not disappear from schools. With the 2006 reform of the Catalan Statute of Autonomy, this model of language use in schools seemed to be definitively solved: there would be no separation and Catalan would be the language of instruction across the school system.

The Statute of Autonomy was immediately challenged before the Constitutional Court. In its 2010 sentence (which was highly controversial in many ways; for example, Catalan cannot be treated as the preferred language in Catalonia) the Court established the limits of the language model in Catalan schools: Catalan could be the centre of gravity, but Spanish had to be used in teaching as well. As a result of this verdict, other courts in the following years mandated that at least 25% of school hours ought to be taught in Spanish.

A major issue is thus arising. Different courts have ruled against a model that was adopted by a large majority of Catalan lawmakers, that enjoys widespread support from the main political parties, that has shown positive outcomes (Catalan literacy has increased significantly and there has not been any serious language conflict), and has been implemented with little opposition (only a few dozen families have filed lawsuits in court since 2005). As a result, the argument over what to do is growing increasingly heated.

The views range from those who are satisfied with court orders, despite their desire for a 50 percent usage of Spanish as a medium of teaching, to those who say they would be satisfied if the Catalan government promised that 75 percent of classes in all schools would be taught in Catalan (because they believe that is not the case). There are also many who advise emulating the Basque model, which allows parents to choose one of the three models of education (teaching in Spanish, with Basque language taught as a course; teaching in both languages; and third, teaching in Basque, with Spanish language taught as a course). This last type is clearly the most popular option.

In short, the battle for the language in schools in Catalonia must be understood as another front in a decades-long conflict between two national movements that seem to be in a permanent tie due to their respective weaknesses: Spain is not strong enough to become a French-style nation-state in which the languages ​​of the minorities are forever relegated; nor is Catalonia strong enough to achieve independence.

The importance of the linguistic issue in the evolution of this conflict cannot be overstated. The sociolinguistic situations in which Catalan finds itself, as well as the restrictive legal framework that regulates Catalan speakers' rights, can have a significant impact on the language's sustainability. At the root of the problem are the provisions of the Spanish Constitution that stipulate the duty of all Spanish citizens to know Spanish, as well as the Constitution's interpretation, which states that Catalan cannot be the preferred language in Catalonia and gives Catalan speakers fewer rights than Spanish speakers. In other linguistically diverse democratic countries (for instance, Switzerland, Canada, or Belgium), such a provision would be difficult to accept.

Jordi Argelaguet is a Senior Lecturer in Political Science at the Universitat Autònoma de Barcelona.

Photo by Taylor Wilcox on Unsplash.

Bosnia-Herzegovina and Ukraine: On the edge of NATO and the EU, too close to prying neighbours

END_OF_DOCUMENT_TOKEN_TO_BE_REPLACED
Brexit
Independence and the Union

Managing a harder border: The bare essentials for an independent Scotland

Did COVID-19 change campaigning in the Scottish and Welsh Parliament Elections of 2021? Evidence from campaign spending returns